There’s been talk lately about Barack Obama claiming that he had set up the economy for the advances that we are seeing during the first two years of the trump presidency. Here’s why you should dismiss such claims.

When he was President, Obama was not predicting any upsurge in economic growth. Obama’s GDP estimates were the same as the Congressional Budget Office–about 2% through 2028!!!! This is the chart that you can still find on the CBO’s website. It was last revised in April 2018. Note that it still projects 1.9% growth! 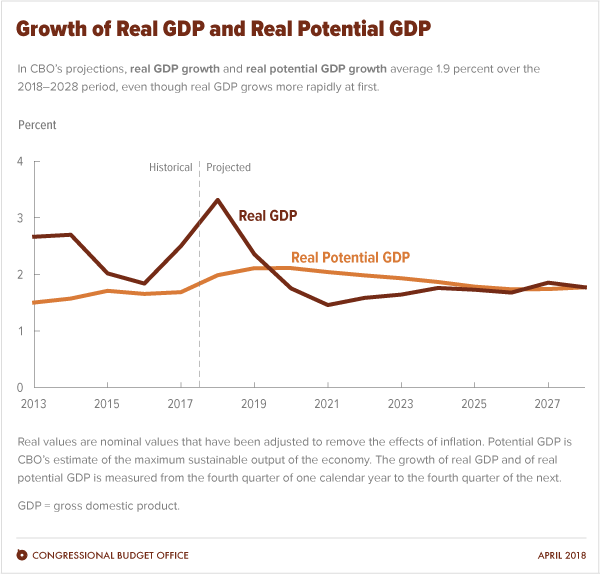 I expect that at some point the CBO will have to admit that they had it wrong. Growth in 2017 was already up to 2.3%. And growth for the first quarter of 2018 was 2.2%. Keep in mind all the things that were based on the assumptions of the CBO GDP projections, for example the size of our deficits, the costs of the tax cuts, etc.

This is the evidence that Barrack Obama did not think that he had set up the economy for his successor for rapid expansion. Far from it! Obama saw 2% GDP growth through 2028, just like the CBO.